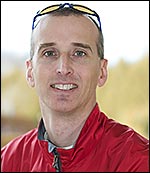 Welcome to the new home of Adventure Imaging!

This web site has been created to present galleries of my stock photos along with portfolios and a selection of published work. During the transition phase some images may still only be found on the original web site www.donbauer.ca Once this site is fully operational, DonBauer.ca will be receiving a long overdue re-design.

Enjoy the new format of the ...

This rights-managed collection of Stock Images is available for commercial and editorial use. Assignment work is accepted. Prints in almost any size can be produced to order.